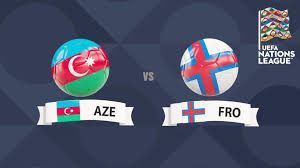 Azerbaijan faces the Faroe Islands in a match from Group 3 of League D of the UEFA Nations League. Let’s take a look at this clash, which is going to be played in the capital city of Baku on Saturday night.

Azerbaijan are currently 2nd in this group, trailing on just 2 points behind the surprising leader Kosovo. So far the Azeri are unbeaten in the group, having a record of 1 win and 3 draws. Their only win came exactly against the Faroe Islands, while in their other three matches against Kosovo and Malta they made 3 draws.

This happened in their last game as well. Azerbaijan hosted Malta in Baku and the game ended with a 1-1 draw. Rowen Muscat opened the score for Malta, but Araz Abdullayev equalized for the home team. Until the end of the game Azerbaijan tried to clinch the win, but Malta defended well and they managed to save the point here.

The Faroe Islands on the other hand are 3rd in this group with 4 points won so far and a record of 1 win, 1 draw and 2 defeats. They started the campaign with a 3-1 win over Malta at home, before suffering two consecutive losses against Kosovo and Azerbaijan. In their last game the Faroe Islands made a 1-1 draw at home against the leader in the group Kosovo. Milot Rashica opened the score for Kosovo, but Rene Joensen equalized for the Faroe Islands just 5 minutes after the halftime break.