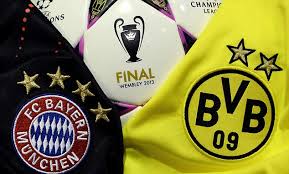 Bayern Munich welcomes Borussia Dortmund in a thrilling 1/2-final game in the DFB Pokal competition at the Allianz Arena in the Bavarian capital.

Bayern are the current holders of the trophy, which they have in the last year’s final, beating Dortmund with penalty kicks in the final in Berlin. They are also the most successful club in the competition, having won it 18 times so far. Including four times in the last seven years.

Both teams reached the 1/2-finals after solid 3-0 wins during the 1/4-finals. Bayern shown no mercy against Schalke at home, while Dortmund were unforgiving against Sportfreunde Lotte.

After being eliminated by Real Madrid in the Champions League, Bayern’s hopes of winning the treble were crushed. But even with that, Carlo Ancelotti’s team could win the double in Germany, as they are currently unstoppable in the Bundesliga.

As for Borussia Dortmund, the DFB Pokal remains BVB’s only hope of winning a trophy this season. Thomas Tuchel’s team lost its chances of winning the Bundesliga a long time ago and they were recently being eliminated by Monaco in the Champions League.

Bayern’s manager Carlo Ancelotti have some problems in his squad before the game in Munich. Manuel Neuer will miss all games until the end of the season, while Mats Hummels, David Alaba and Jerome Boateng are all doubtful with different injuries. If we add that Javi Martinez is also having some problems, it’s clear that Ancelotti has some dificulties in building his defense for the clash.

Thomas Tuchel still can’t use some of his players, including Marc Bartra, Andre Schurrle, Jacob Larsen, Mario Gotze and Nuri Sahin. Sokratis Papastathopoulos is doubtful for the game, while Sebastian Rode and Julian Weigl’s participation in the match is also not clear.

You can be sure that it’s going to be a great game from Bayern Munich and Borussia Dortmund at the Allianz Arena in Munich. The prize is also a huge one – a place in the final in Berlin!