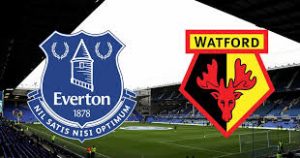 Everton faces Watford in a last game from the 16th round of the English Premier League. Let’s take a look at this clash at the Goodison Park in Liverpool between these two sides.

Everton are currently 6th in the Premier League with 23 points won. The Toffees have a record of 6 wins, 5 draws and 4 defeats since the beginning of the campaign. In their last five matches Marco Silva’s boys have a record of two wins, two draws and one loss.

After the unlucky loss against Liverpool at the Anfield, Everton made a 1-1 draw with Newcastle United at home at the Goodison Park. Salomon Rondon opened the score for the Magpies, but Everton equalized via Richarlison in the 38th minute. Until the end of the game Everton tried to secure a second goal, but this didn’t happen.

This result was kind of dissapointing for Everton 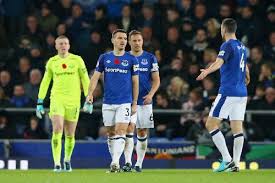 , of course, because they were expecting a win.

Watford on the other hand are 11th in the Premier League with 20 points won and a record of 6 wins, 2 draws and 7 defeats. Right now Javi Gracia’s team is not in a very good form, losing four of its last five matches and winning just one point in them.

In their previous game Watford suffered a third consecutive loss in the league, conceding a 1-2 loss against the champion Manchester City at the Vicarage Road. Abdoulaye Doucoure scored for Watford in the end of the game, but City managed to win this one with goals from Leroy Sane and Riyad Mahrez.

That’s what we had to say about the Premier League clash between Everton and Watford at the Goodison Park in Liverpool. Everton will look to return on the winning road, after being unable to win against Newcastle in the previous round. As for Watford, they’d like to stop their negative run.