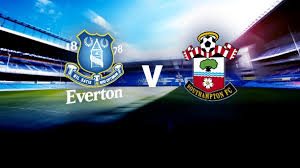 Everton welcomes Southampton in a match from the 37th round of the English Premier League. Let’s have a look at this match at the Goodison Park in Liverpool.

Everton are 8th in the Premier League standings with 48 points won so far. They have a record of 13 wins, 9 draws and 14 defeats. In their last five games Sam Allardyce’s boys won twice, made two draws and lost once.

In their last game Everton enjoyed a 2-0 win over Huddersfield away from home. For them this was a second consecutive win after the three points won against Newcastle United at home.

For Southampton the match is much more important. The Saints are currently 18th in the Premier League with 32 points. They have a record of 6 wins, 14 draws and 15 defeats. In their last five matches Southampton lost three times, made one draw and won once.

Right now Southampton are just one point behind the 17th Swansea City, so they still have hopes to save themselves from relegation. But if they want to do it, they must give their best in the matches that are left. Including in this one.

In their last game Southamtpon enjoyed a 2-1 win over Bournemouth at home. For them it was a crucial result, which ressurected their hopes of survival. Dusan Tadic was the big hero for Southampton, scoring both goals for the winning team.

This was well needed win for Southampton. They knew that this is a must win game for this and they delivered. Because of this win, now they once again have chances to save their place in the league.

This match is crucial for Southampton and it’s just another game for Everton until the end of the season. But of course, it doesn’t mean that Everton will just give it to the Saints.