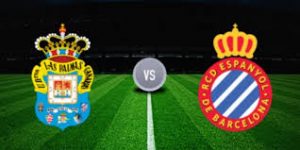 Las Palmas hosts Espanyol in a match from the 16th round of the Spanish La Liga.

Las Palmas are surely not enjoying a very good season. They are currently 20th in the Spanish league, being on 5 points behind the 17th Deportivo and the safe zone in La Liga. They probably know very well that they are not going to survive this season, if they don’t find a way to improve their performances as soon as possible.

In their last five matches Las Palmas won just once – against Real Betis at home. Their record so far is 3 wins, 1 draw and 11 losses. In their last game they suffered a 0-2 defeat against a team which is a direct contender for survival – Deportivo Alaves.

Last season Las Palmas surprised a lot of people with a good quality of their football, but right now they are having a lot of problems. Let’s see if they are going to be able to deal with this situation.

Espanyol on the other hand are also facing some trouble. The Los Pericos are 16th in the standings, being on just 4 points above the 18th Deportivo Alaves and the safe zone. For now they could feel safe, but if they continue to be in a negative run of results, they could have some real problems until the end of the season.

Let’s have a look at the team news before the game.

Las Palmas are without Vitolo and Alen Hallilovic for this game, while Loic Remy, Tana, Pedro Bigas, Momo and Alfredo Ortuno are all doubtful for the next clash.

Meanwhile Espanyol can’t use the injured Adrian Lopez, while David Lopez is doubtful for the match. Sergio Garcia and Javi Lopez are ready to return on the pitch, which is good news for the Los Pericos.