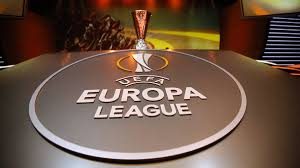 Salzburg hosts Lazio in a second match from the 1/4-finals of the Europa League. Lazio have two goals advantage after a 4-2 win in the first leg at Rome.

The first match at the Stadio Olimpico ended well for the home team. 20 minutes before the end it was a 2-2 draw, but late goals by Felipe Anderson and Milinkovic-Savic gave Lazio a good lead before the rematch.

But in same time we shall note that these two away goals, scored by Salzburg, could be really precious for the Austrian team. A 2-0 or 3-1 win in the rematch would mean that Salzburg is going to reach the 1/2-finals of the tournament.

It’d be interesting to see how both teams are going to approach this game. Salzburg knows that they have to score at least two goals, but in same time they must be careful not to concede. Will they go all out in attack or they will make a more careful approach?

In same time, Lazio will try to use their abilities on counter-attack to score some vital away goals and make a step towards the elimination of the Austrian team.

In the Austrian Bundesliga Salzburg are heading towards another title. They have a solid lead in front of the 2nd Sturm Graz, proving again that they are the best team in the country at this moment. So far they have a record of 19 wins, 8 draws and just 2 losses since the beginning of the season.

Meanwhile Lazio continue their quest for a Top 4 finish in the Calcio and return to the Champions League. Right now Lazio are third in the Serie A, but the fight continues.

This is our take on the Europa League game between Salzburg and Lazio. Good luck!