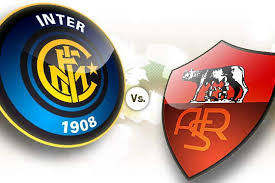 Inter hosts Roma in a derby game from the 33th round of the Italian Serie A. This match is going to be played at the Stadio San Siro in Milan on Saturday night. Here we go.

Inter are currently 3rd in the Serie A standings with 60 points won so far. The Nerazzurri are 7 points behind the 2nd Napoli and 5 points ahead of the 4th Milan. Right now Luciano Spalletti’s team is in a pretty good position to finish in the Top 4 and to qualify again for the Champions League next season. All they must do is finish the season on a high note and do their job.

So far in the league Inter have a record of 18 wins, 6 draws and 8 defeats. In their last five matches the Nerazzurri won three times, made one draw and only suffered one loss against Lazio. In their last game Spalletti’s boys visited Frosinone and enjoyed a 3-1 win, thanks to goals from Radja Nainggolan, Ivan Perisic and Mattias Vecino.

Meanwhine Roma are 5th in the Serie A with 54 points, just one point behind the 4th Milan and the Top 4. For Claudio Ranieri’s team the goal until the end of the season is pretty clear – finish in the Top 4 and reach the Champions League again. 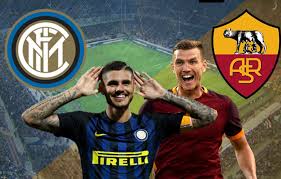 Roma won their last two games in the Calcio against Sampdoria and Udinese. In their last game they hosted Udinese at the Olimpico and enjoyed a 1-0 win. The only goal in the game was scored by Edin Dzeko in the middle of the second half.

This shall be a great game between Inter and Roma at the San Siro on Saturday night. Both teams are playing for the win here, chasing their goals in the league. But only one of them can actually win.