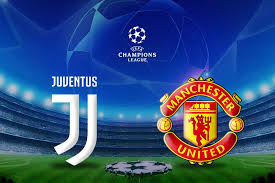 Juventus welcomes Manchester United in a derby game from Group H of the Champions League. Let’s take a look at this clash at the Allianz Stadium in Turin.

Juventus are the leaders in this group with a perfect record of 9 points after the first three games. The Old Lady is clearly one of the big favourites for the trophy, especially after sgning Cristiano Ronaldo from Real Madrid. Even before signing Cristiano, the Italian champions had a terrific team. Now they are even better.

Juventus have not won the Champions League since 1996, so it’s understandable why they are so motivated to do it again. Juve already lost a few finals since then, which made their pain even bigger. Is this their season to win the competition again? So far they are very good, winning all of their matches.

Manchester United are 2nd in this group with 4 points won. The Red Devils are once again having a lot of problems. Clearly United are far away from their glory days under the management of Sir Alex Ferguson. Jose Mourinho is criticized on a daily basis and the team looks average in certain games.

Juve and United met just two weeks ago, when Juventus achieved a win at the Old Trafford with a goal from Paulo Dybala. In this way they proved to everyone that they are the big favourite in this group. United’s manager Jose Mourinho also admitted this.

Now Juventus will try to make it four in a row in this group, playing at home. For Manchester United on the other hand it’s going to be even more difficult than it was two weeks ago. Can they do something different?

That’s what we had to say about the Champions League clash between Juventus and Manchester United in Turin. Good luck!