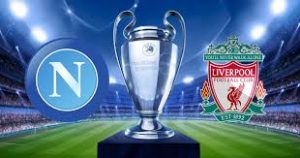 Napoli welcomes Liverpool in a match from Group C of the UEFA Champions League. Let’s take a look at this clash at the Stadio San Paolo in the city of Naples.

Napoli had a little bit dissapointing start of the new campaign in the CL, winning just a point during the visit to the underdog in the group Crvena Zvezda. The game in Belgrade finished with a 0-0 draw, which could be a problem for Napoli in the fight for the first two places with PSG and Liverpool. That’s why the Italian team will aim to beat the Reds at the San Paolo on Wednesday night.

This is Carlo Ancelotti’s first season in Napoli. He had won the Champions League three times, so he really knows this competition very well. Ancelotti is aware that it would be almost impossible to beat Juventus for the title in the Serie A, so a good performance in the Champions League is the big goal in front of the Azzurri.

In their last game in the Serie A Napoli suffered a 1-3 defeat during the visit to Juventus. Dries Mertens opened the score for the visiting team, but Juve managed to turn the game around, proving their quality.

Liverpool started the season in the Champions League in the best way possible – with a win. The Reds won the derby against PSG at the Anfield, winning with 3-2 after a late winner from Roberto Firmino. Surely this win would give the Reds an incredible confidence before the visit in Naples.

In the Premier League Liverpool were leading the standings until last weekend, when they made a draw against Chelsea and they got overtaken by Manchester City.

That’s what we think about the Champions League clash between Napoli and Liverpool at the Stadio San Paolo on Wednesday night. Good luck!