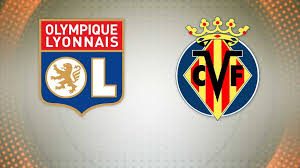 Olympique Lyonnais hosts Villarreal in a match from the 1/16-finals of Europa League.

Olympique Lyonnais reached the 1/16-finals of the competition after finishing second in group E in the company of Atalanta, Everton and Apollon. The French team won 11 points in this group and finished with a record of 3 wins, 2 draws and just one loss – against Atalanta in Bergamo.

Meanwhile Villarreal won group A of Europa League with 11 points and a record of 3 wins, 2 draws and one loss. The Spanish club was in the company of Astana, Slavia Praha and Maccabi Tel Aviv.

In the Spanish La Liga Villarreal are currently 5th with 37 points and trailing on 5 points behind the 4th Real Madrid. Until recently the Yellow Submarine was in a good position to chase a Champions League qualification, but Villarreal’s positions were shaken by two consecutive defeats against Real Betis and Deportivo Alaves. Now the more realistic goal for Villarreal looks to be finish in the Top 6 and qualification for Europa League.

This is a good matchup, because we have a clash between two sides with big quality, coming from good leagues. It’s difficult to say which one of these two teams is a favourite, because they look like teams with similar class. Villarreal have a little advantage to have the second leg played in Spain.

This is our examination of the Europa League game between Olympique Lyonnais and Villarreal.