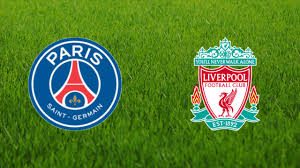 PSG hosts Liverpool in a very crucial game from Group C of the Champions League. This match could decide a lot of things in this group. These two teams will face each other in Paris on Wednesday night.

The situation in this group is very complex at the moment. All of the four teams in it are separated by just 2 points. Napoli are leaders with 6 points, while Liverpool are second with the same amount of points. PSG are third with 5 points, while Crvena Zvezda are 4th with 4 points.

You can see why this game is important for both teams. One of these two sides can make a very important step towards the 1/8-finals of the competition. And for both of them it would be a huge failure to not reach the elimination phase of the tournament.

These two teams already met once at the Anfield, when Liverpool achieved a very hard 3-2 win over the French champion. The conclusion of the game came in the injury time, when Roberto Firmino scored a late winner for the Reds.

Last season Liverpool reached the final of the Champions League, losing it against Real Madrid. You can be sure that this season the Reds would like to do the same thing – reaching the final, but this time winning it. The English side must react after the very dissapointing 0-2 loss against Crvena Zvezda in the previous round.

PSG on the other hand are spending a lot of money to win the Champions League for a first time. But now the situation is very surprising – PSG could leave the competition before the 1/8-finals.

That’s what we had to say about the Champions League game between PSG and Liverpool on Wednesday night. We shall expect a spectacle here, there’s no doubt about this.