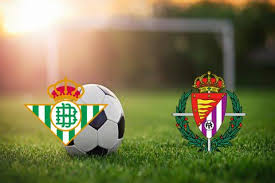 Real Valladolid faces Real Betis in a game from the 25th round of the Spanish La Liga. Let’s have a look at this fixture for a minute.

This season is not easy for Real Valladolid. They are currently 16th in the league standings with 26 points and a record of 6 wins, 8 draws and 10 defeats. Right now Sergio’s team is just 3 points ahead of the 18th Villarreal and the relegation zone of the league, so they really need some points at the moment.

In their last five games in the league Real Valladolid 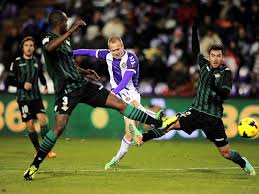 won just once against Celta at home. In their last game Sergio’s boys suffered a 0-1 defeat during the visit to Barcelona at the Camp Nou. Lionel Messi scored the only goal in the game from a penalty kick two minutes before the end of the halftime.

Meanwhie Real Betis are 8th in La Liga with 33 points won until now. The Andalusians have 9 wins, 6 draws and 9 defeats since the beginning of the season. In their last five games in the league Betis won twice, lost twice and made one draw.

This draw came against Deportivo Alaves in the previous round. The match at the Estadio Benito Villamarin ended with a 1-1 draw. Giovani Lo Celso opened the score for Betis, but Guillermo Maripan equalised for Alaves just 13 minutes later.

During the week Real Betis had a dissapointing experience in Europa League. Quique Setien’s team was beaten by Rennes at home, being unable to reach the 1/8-finals of the tournament. Giovani Lo Celso once again scored for Betis, but the French team scored three goals, deciding the game in its favour.

It shall be an interesting fixture between Real Valladolid and Real Betis on Sunday. Who do you got here?