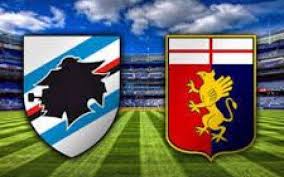 Sampdoria hosts Genoa in a match from the 32th round of the Italian Serie A. How about taking a moment to take a look at this clash in the city of Genova?

Right now Sampdoria are 9th in the Serie A standings with 45 point won. Samp have a record of 13 wins, 6 draws and 12 defeats since the beginning of the season. The club is 6 points behind the 6th Roma, but they still have some theoretical chances to qualify for Europe. In order to do this, Sampdoria must have a very strong final campaign in the coming month.

In their last five games in the league Sampdoria won twice and suffered three losses, which tells us of a certain inconsistency in their performance. In their last game Marco Giampaolo’s boys hosted Roma at home, but suffered a 0-1 loss after a late goal from Daniele De Rossi. For Samp it was a second consecutive loss in the league after the one from Torino.

Meanwhile Genoa are 14th in the Serie A standings wtih 34 points won so far. The Griffoni have a record of 8 wins, 10 draws and 13 defeats in the games played so far. In their last five matches Genoa won only once – against Juventus, doing one draw and suffering three defeats.

In their last game in the Serie A Genoa visited Napoli at the San Paolo and won a point with a 1-1 draw. Dries Mertens opened the score for the Azzurri, but Darko Lazovic equalised for Genoa at the end of the first half. Genoa once again showed that they are playing strong against the strongest teams.

These are our observations about the teams of Sampdoria and Genoa before their meeting in Genova on Sunday afternoon. Which one of these two teams is going to win this local derby? We shall wait and see.