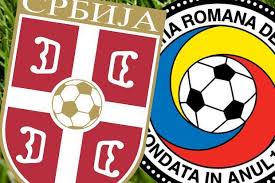 Serbia hosts Romania in a match from Group 4 of League C of the UEFA Nations League. Let’s take a look at this Balkan derby at the Stadion Partizana in the Serbian capital Belgrade.

Serbia already kicked off their Nations League campaign with a 1-0 win over Lithuania in Vilnius. The only goal was scored seven minutes before the half time, when Ajax’s Dusan Tadic scored a penalty kick for the away team. We can say that Serbia were the better side on the pitch and dominated the game, even with leaving their star player Sergej Milinkovic-Savic at the bench.

For the Serbian this was a first match since their participation at the World Cup. In Russia they managed to record one win against Costa Rica, but it was not enough for them to pass the group stage of the competition.

Romania also played their first match in the Nations League, but they were unable to win. Cosmin Contra’s team made a 0-0 draw during the home game against Montenegro. The away team finished the game with ten men after the sending off of Stefan Mugosa, but the home team didn’t find a way to penetrate the opponent’s defense.

Before this, Romania were doing very well in their friendlies, winning the last four of them against Israel, Sweden, Chile and Finland. This was a sign that they are ready to improve and start winning in official matches as well. But it didn’t work out like this against Montenegro.

Balkan derbies like this are always interesting because the atmosphere on the stands is usually pretty nice. You can be sure that the fans in Belgrade will make it very difficult for the Romanian team. Serbia are favourites against Romania, but maybe Cosmin Contra’s team is capable of some surprises.