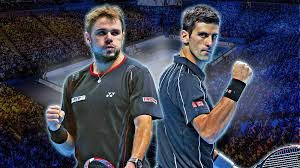 Novak Djokovic and Stan Wawrinka will return to the court earlier than expected and will compete in a tournament before the end of the calendar year 2017. As it is known, Wimbledon now treats injuries and aims to be recovered in time for January 2018, with the desire to join the Australian Open scheme.

Previously, however, both of them will take part in the Abu Dhabi demonstration super-tournament, along with four more celebrity tennis players – Rafael Nadal, Dominic Team, Milos Raconic and Pablo Karenio-Busha. Randon is also one of the injured stars who will not play until the end of the year, but will also join the 10th edition of the demo event in the emirate.

The Abu Dhabi tournament will take place between December 28 and 30, with Djokovic winning the trophy there three times, and Wawrinka has four appearances.