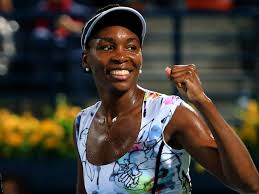 Venus Williams qualified for the fifth time in his career for the Semifinals of the Women’s Tennis Championship in Singapore with a prize pool of 7 million dollars. The winner of the 2008 trophy and placed under number 5 Williams won the final win of the White Group against the winner of Wimbledon and second in the scheme Garbiñe Muguruza (Spain) with 7: 5, 6: 4 in 101 minutes, which took the second a place with a 4-point asset.

The 37-year-old American made a first break for 3: 4 but immediately returned it, then made a new break in the 12th game to take the first set. In the second part, Williams was three times behind in a break but after 3: 4 he took three consecutive games to triumph. Muguruza, a semi-finalist in the 2015 tournament, made 32 uninvited mistakes and finished third in the group, dropping out of the race.