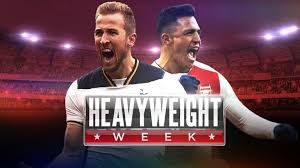 Tottenham Hotspur welcomes Arsenal in the big North London derby of the English Premier League. The game is going to be played at the White Hart Lane in the English capital.

Both teams are fighting for completely different things at the moment. Tottenham are the only remaining rival to Chelsea for the championship crown, being on just four points behind Antonio Conte’s side in the league standings. This means thar Mauricio Pochettino’s team should be flawless until the end of the campaign, if they want to beat Chelsea for the gold.

As for Arsenal, The Gunners still have a chance to reach the Top 4 of the EPL and qualify for the next edition of the Champions League. But just as Tottenham, they don’t have any room for mistakes. And this makes this match so interesting – both teams know that they are obligated to win.

The last time when Tottenham and Arsenal met was in December, when the game at the Emirates Stadium ended with a 1-1 draw. Being on 14 points above The Gunners in the league standings, it’s understandable why Spurs are the big favourite to win this one.

Mauricio Pochettino still can’t rely on the Argentine midfielder Erik Lamela, who is out for the season. Moussa Dembele is doubtful with an ankle injury, but the backup goalkeeper Michel Vorm is ready to return in the squad.

Arsenal’s manager Arsene Wenger can’t use Santiago Cazorla, who is also out until the summer. The German defender Shkodran Mustafi and Colombian goalie David Ospina are also not avaliable. Laurent Koscielny and Mathieu Debuchy are doubtful for The Gunners, but Lucas Perez is ready to come back after a successful recovery.

How we already said, this is going to be a really exciting game at the White Hart Lane. Both teams do not have any room for mistakes, so that’s why we expect a really thrilling game in London!