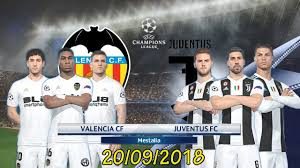 Will Cristiano Ronaldo start scoring right away for Juventus in the Champions League? We will have the answer to this question on Wednesday night, when the Old Lady faces Valencia at the Estadio Mestalla in a match from Group H of the competition.

Cristiano Ronaldo to Juve was the number one transfer of the summer. The Portuguese superstar left Real Madrid and chose to wear the bianconero shirt. During the weekend he even scored his first two goals for Juve, scoring a brace against Sassuolo in the Serie A.

It’s not a secret to anyone that winning the Champions League is the number one target in front of Juventus. The club is easily dominating the Calcio, but Juve have not won the European cup since 1997. They played on four finals after this, but they lost all four of them. Now – with Ronaldo in the squad, they have a reason to hope that this curse will be stopped. 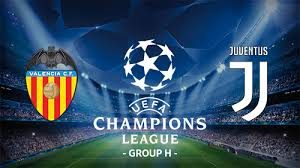 Even before signing Cristiano, Juventus already had a very good team. But now they have a player who can win any game by himself and change the way any game is going. Now Juve have the X Factor which could lead them to the trophy.

Valencia on the other hand returns to the Champions League after some absence. The man responsible for this is the coach Marcelino, who managed to stabilize Los Che after a disastrious season in La Liga. He led Valencia to the 4th place in the league, which opened the doors of the Champions League.

But Valencia’s fans have some reasons to be worried. The team is obviously not in a very good shape right now, being without a win since the start of La Liga. Right now Valencia are 17th in the standings with a record of three draws and one loss.

Despite of Valencia’s weak start in La Liga, their home game against Juventus in the Champions League shall be very competitive. Let’s see what these two teams can offer.