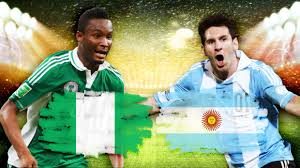 Nigeria faces Argentina in a game from Group D of the FIFA World Cup in Russia. This match is going to be played at the Saint-Petersburg Stadium in the beautiful city of St. Petersburg. Let’s take a look.

Both teams have chances to progress in the competition. Right now Nigeria are 2nd in the group with 3 points, while Argentina are 4th with just one point won so far. To progress to the next phase, the Nigerian team could use even a draw against Albiceleste. Argentina on the other hand need to win at any cost and hope that Iceland won’t win with a huge difference against the leader Croatia.

Nigeria started at the World Cup with a loss against Croatia, but the Super Eagles showed their true strenght against Iceland. A brace from Ahmed Musa was enough for a 2-0 win against the Vikings, which put Nigeria in the position of a favourite for the 2nd spot in the group. They know that even a draw against Argentina is going to be enough for them to qualify for the 1/8-finals.

What to say about the Argentinian team? The Albiceleste are a pure disaster since the start of the World Cup. They started with a 1-1 draw against Iceland, which was followed by a humilating 0-3 defeat against Croatia. Nothing works in Argentina’s play at this tournament and it’s pretty obvious. Compared to what they show in 2014, the South Americans are looking really bad at the moment. 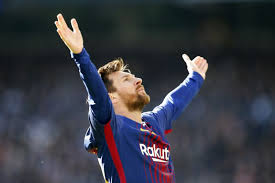 Of course it’s the captain Lionel Messi who is the most criticized player of Argentina. The Barcelona star was a shadow of himsels in the first two games, doing nothing to help his team. He even missed a penalty kick against Iceland. Just imagine what will follow if he once again doesn’t show something different in the crucial game with Nigeria.

It’s highly expected that we are going to see the same Nigerian team from the win against Iceland. There’s no reason for the manager Gernot Rohr to change anything that works, right? This means that most probably the Super Eagles will be once again playing with the 3-5-2 formation which allowed them to beat the Vikings.

Against Iceland Gernot Rohr replaced Bryan Idowu with Tyronne Ebuehi at halftime, making a tactical change. It remains to be seen which one of these two players Rohr is going to use against the Albiceleste.

Argentina’s manager Jorge Sampaoli is still looking for a formation to use at this World Cup. He started with a 4-4-2 against Croatia and switched to 3-4-3 against Croatia. Neither one of these two worked. According to some journalists, against Nigeria Sampaoli could switch back to 4-4-2 or use a 4-3-3 formation.

Surely the goalkeeper Willy Caballero is going to be replaced by Franco Armani, while according to some reports, Gonzalo Higuain is going to replace Sergio Aguero in attack. It remains to be seen what more Jorge Sampaoli is going to decide about his starting eleven.

This is our look at the World Cup clash between Nigeria and Argentina from Group D. We wish you good luck!