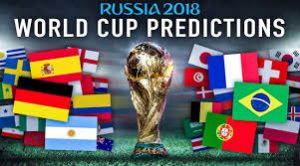 Panama faces Tunisia in a match between the two underdogs in Group G of the FIFA World Cup. This game don’t have much of a meaning for the neutral fans, as these two teams are still without a point in the tournament. But for Panama and Tunisia the match is important, because both teams are playing to finish third in the group. It’s a matter of honour.

Panama are debutants at the World Cup. When this country qualified for the competition, all Panamians were absolutely thrilled of the news. But in reality we saw that Panama are far away from the best teams in the world. In two games played so far, Panama lost twice with a goal difference ot 1-9 in total. They suffered a 0-3 defeat against Belgium and a 1-6 defeat against England. By far, Panama are the weakest team at the World Cup this year.

Tunisia on the other hand are not doing much better. The African team also lost twice in the games so far – a 1-2 against England and a 2-5 against Belgium. They were dominated by Belgium, but we can say that they were unlucky against England, losing in the last minutes of the game. If it was not about Harry Kane’s late winner, now Tunisia would have had a point now.

It’s a curious situation that Tunisia will have to use their third goalkeeper against Panama. It’s really a bad luck. Mouez Hassen injured himself against England, while the same thing happened with Farouk Ben Mustapha against Belgium. This means that the third choice Aymen Mathlouthi will play against Panama. And Tunisia won’t have a back-up goalkeeper on the bench.

Panama’s coach Hernan Dario Gomez will have to make some changes in his starting line-up. Both of his players are suspended for the game – Michael Murillo and Armando Cooper.

Meanwhile Tunisia can’t use the central back Dylan Bronn, who also injured himself during the 2-5 loss against Belgium.

Panama are still about to win their first point at the World Cup, while Tunisia will look for their second win ever. Their only win at this competition is the 3-1 against Mexico in 1978. They couldn’ have a better chance to do it than against Panama – the weakest team at this year’s World Cup. Honestly, it would be surprising if the African team does not win this one. This will be the first meeting between Panama and Tunisia in history so far.

We firmly believe that Tunisia are the big favourite here. They have a good chance not just to win, but to win with more than one goal difference. Panama proved in their first two matches that they are not at the level required to do well at the World Cup. It’s true that both teams have zero points at the moment, but Tunisia did much better in the previous two rounds. Especially against England, when they were very close to win a point. We think that Tunisia will dominate this clash.