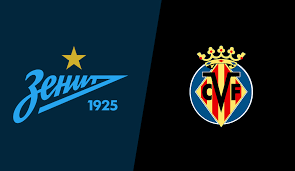 Zenit faces Villarreal in a match from the 1/8-finals of Europa League. Here are our thoughts about this first game between these two teams in the beautiful city of Saint Petersburg.

Zenir qualified for the 1/8-finals of the competition after a very competitive clash with Turkish giants Fenerbahce. The Turkish team won the first leg in Istanbul with 1-0, which made them favourites for the rematch, but in the second leg Zenit celebrated a 3-1 win and qualified for the next phase.

Sardar Azmoun scored a brace for Zenit, while Magomed Ozdoev also added a goal for the Russian side. It was a terrific game for Zenit, who achieved the result which they needed in order to progress in the competition.

In the Russian Premier League Zenit are doing very well, leading the standings with 3 points advantage in front of the 2nd Krasnodar. In their last game in the Russian league Zenit celebrated a 1-0 win over Ural away from home.

Villarreal on the other hand qualified for the 1/8-finals of Europa League eliminating the Portuguese giants Sporting CP from the competition. The Yellow Submarine won the first leg in Lisboa with 1-0, while a 1-1 draw in Spain was enough for them to progress. Bruno Fernandes opened the score for Sporting at the Estadio de la Ceramica, but Pablo Fornals put an end to Sporting’s hopes with a crucial goal just 10 minutes before the end.

It remains to be seen how serious Villarreal are going to take Europa League this season. They are currently in the relegation zone of La Liga, so it won’t be surprising if they put a bigger effort in the league and try to survive.

That’s what we had to say about the Europa League fixture between Zenit and Villarreal from the 1/8-finals of the competition. Good luck!